Did everyone know this except me ?

Until it's attempts to resist the developers ran out, the pet shop on Station Road was a well-known and popular landmark on Beeston's Station Road. Now, Simon Rowley has got in touch to draw my attention to a claim on the Notts Fire & Rescue Service website that it once served as Beeston's first fire station - that's before it was replaced, in 1902, by another building at the top of Stoney Street (where Sainsburys now stands).

Its not easy to find on the Fire & Rescue site but click here to open the page in a new window. 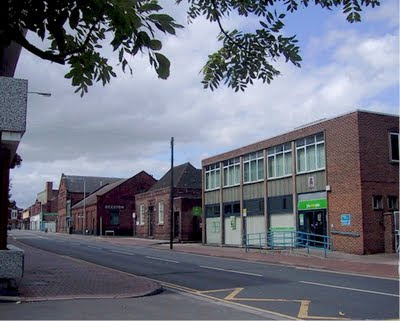 It certainly looks likely! Take a look at my picture of Station Road (above) taken from the forecourt of the then fire station (now vacated and moved to Hassocks Lane). The pet shop building - along with almost everything else in the photograph - has now, of course, been demolished, but, then painted blue, it can be glimpsed between the Lads' Club and the Shaw & Marven building. It's probably a little further away than the 100 metres claimed but the location of the building, close to the centre and its size - it would have accommodated the then horse-drawn, hand-pumped engine (shown below later at the Stoney Street location) - makes it all very plausible. 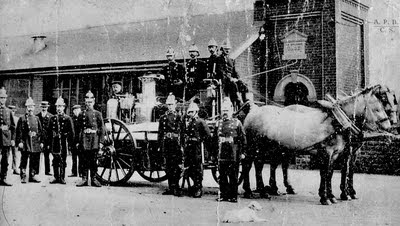 Although I thought I had heard most of the tales of old Beeston and thought I knew pretty well "every brick", I had never heard that it had been used for this purpose. But, of course, the reality is there is always something to learn.

Can anyone confirm the story - perhaps, as I say, everyone can except me !
Posted by David Hallam at 12:52 PM