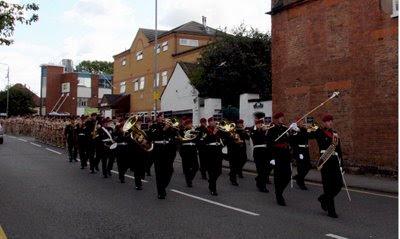 Many in Beeston and the surrounding communities turned out this morning, to welcome a local army unit - 170 (Infra SP) Engineer Group - which recently returned from Iraq.
The unit marched through Beeston, from Broadgate, down Regent Street, along Middle Street (the photographs above and below shows the parade as it passed the Manor House, led by a military band) and then onto Chilwell Road and round to the Borough Council Building on Foster Avenue, where medals were presented. 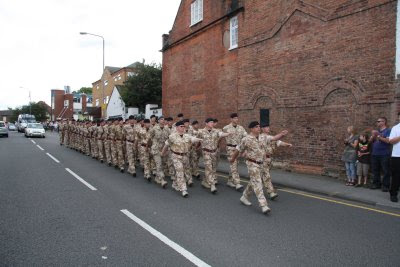 As they approached the War Memorial, a group of British Legion veterans stood in respect. 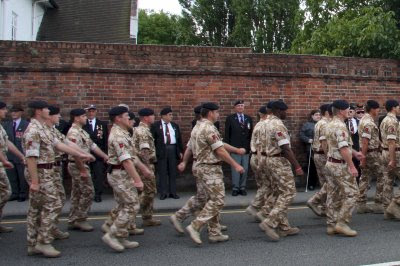 There was a good attendance lining the streets to greet them, particularly around the War Memorial : 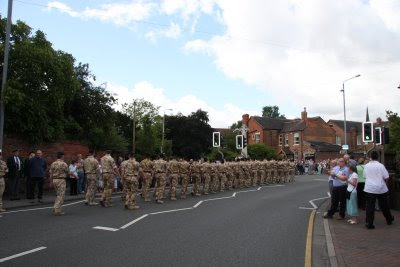 And the crowd at the bottom of Foster Avenue was too large to get close: 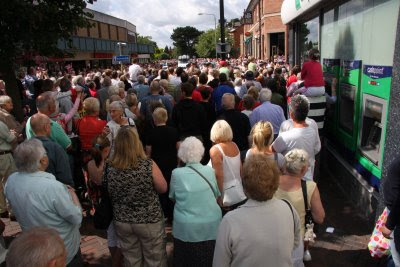 It was an honour to join the citizens of Beeston and area to greet our returning heroes.
Posted by David Hallam at 11:58 AM